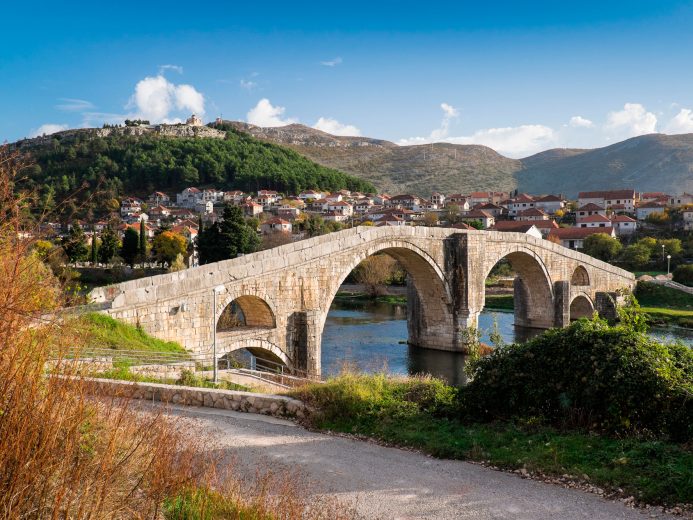 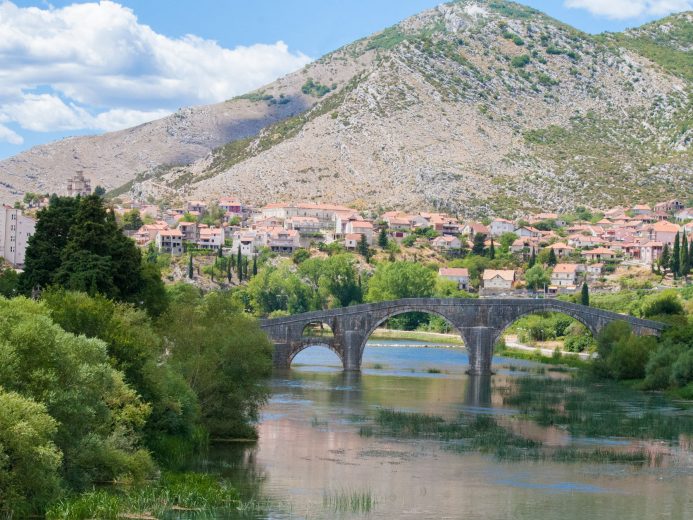 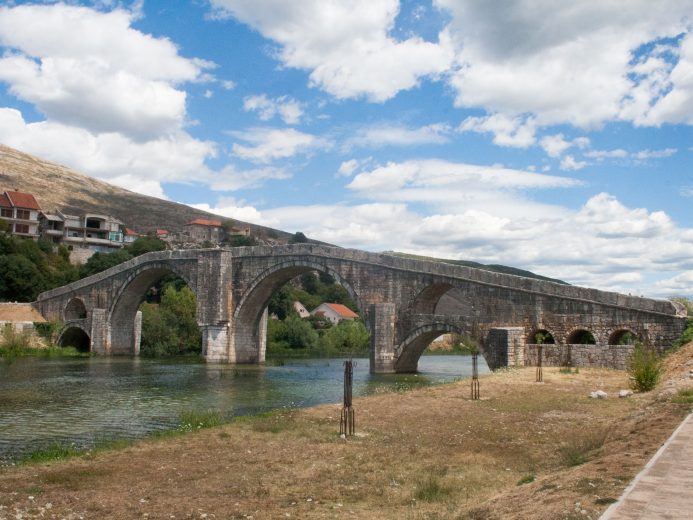 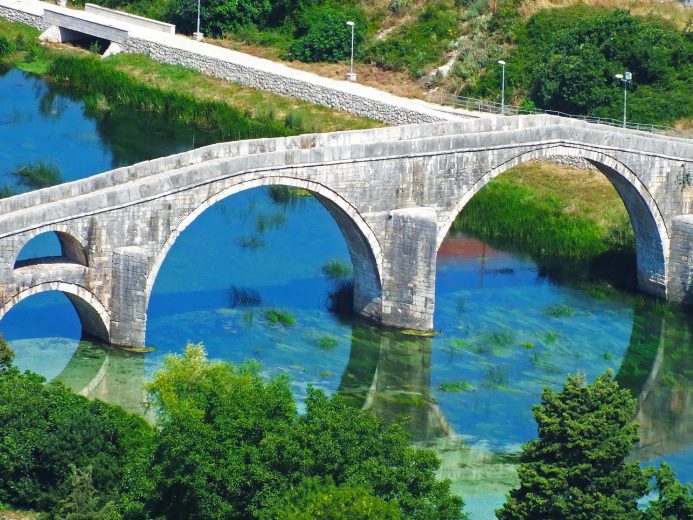 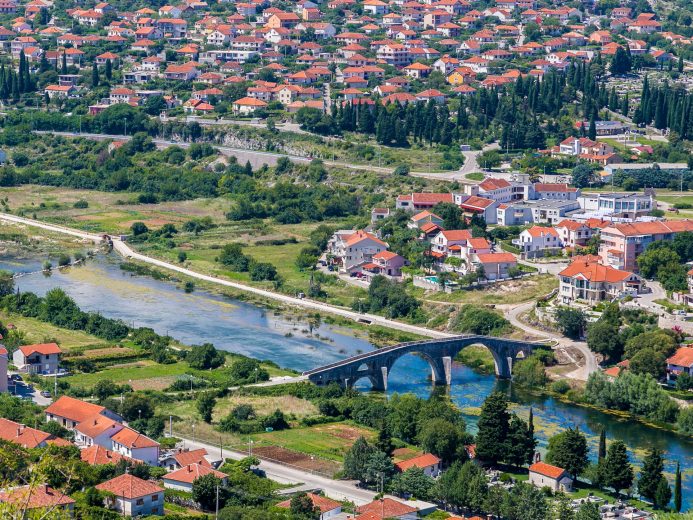 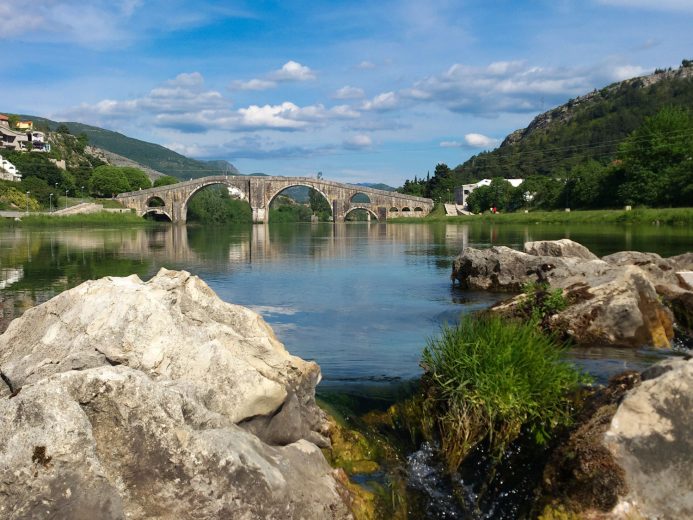 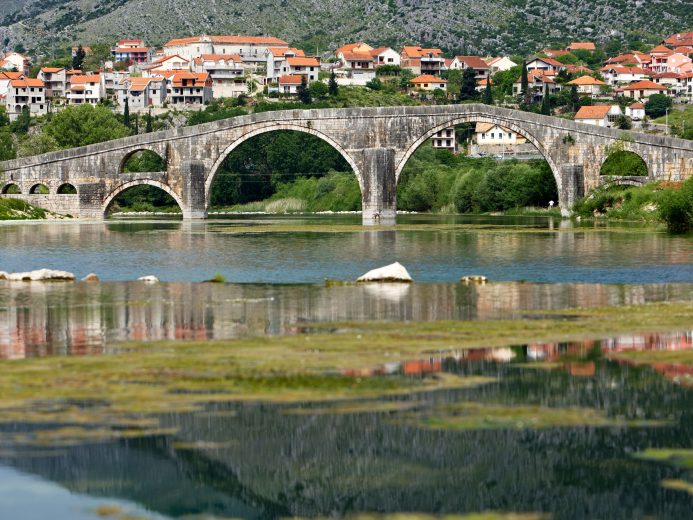 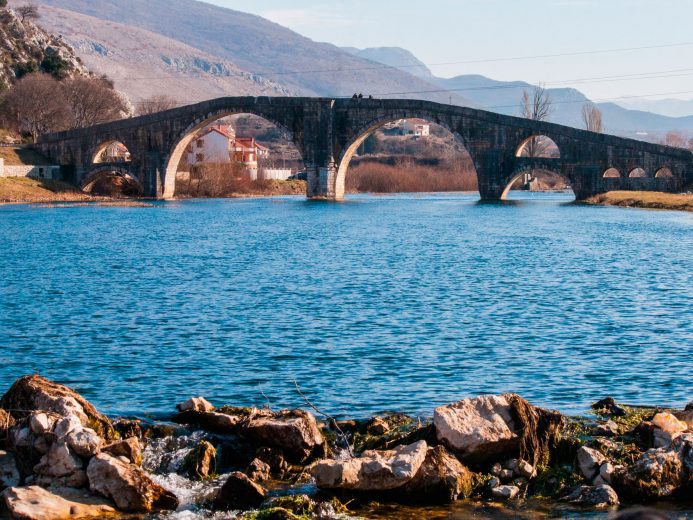 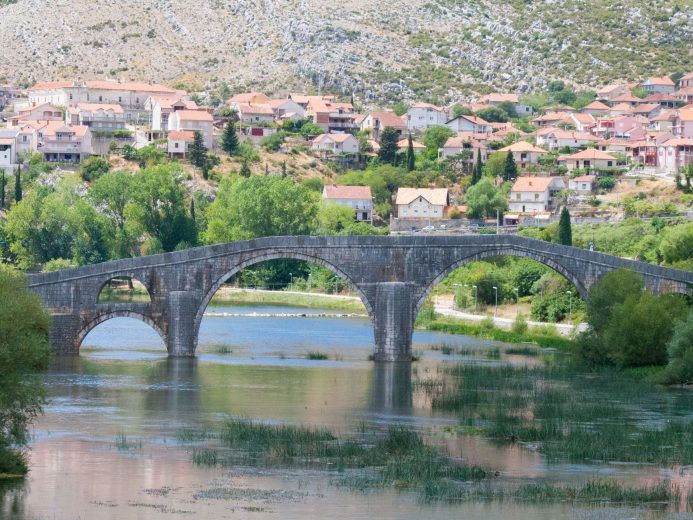 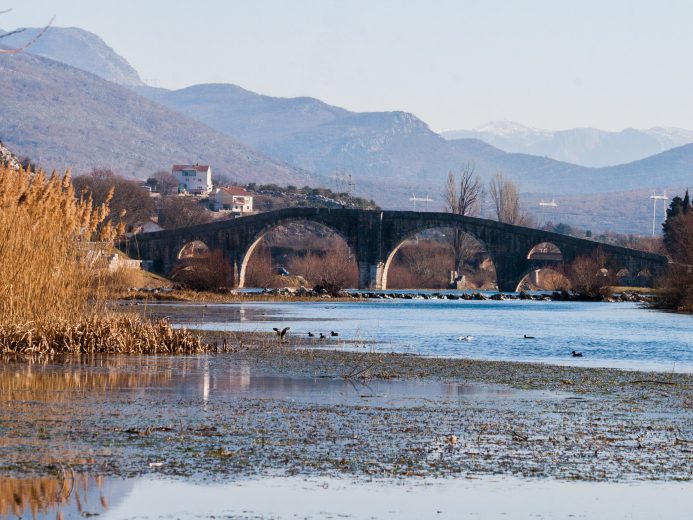 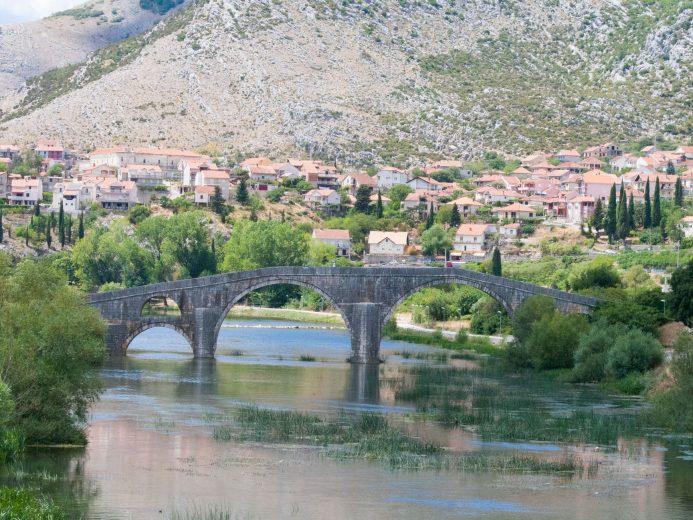 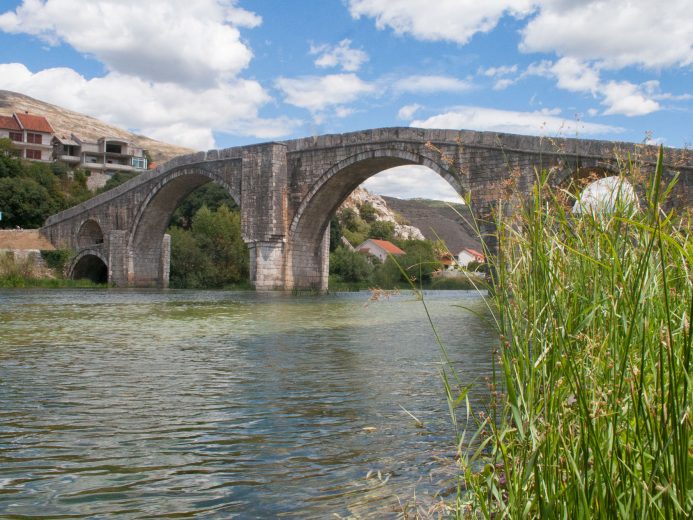 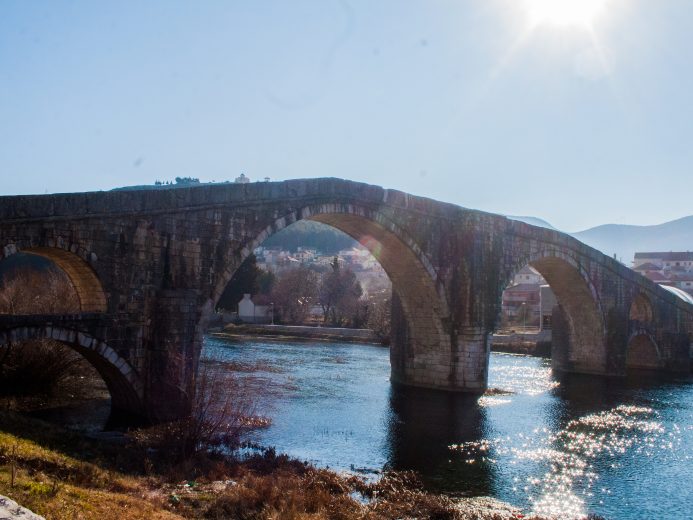 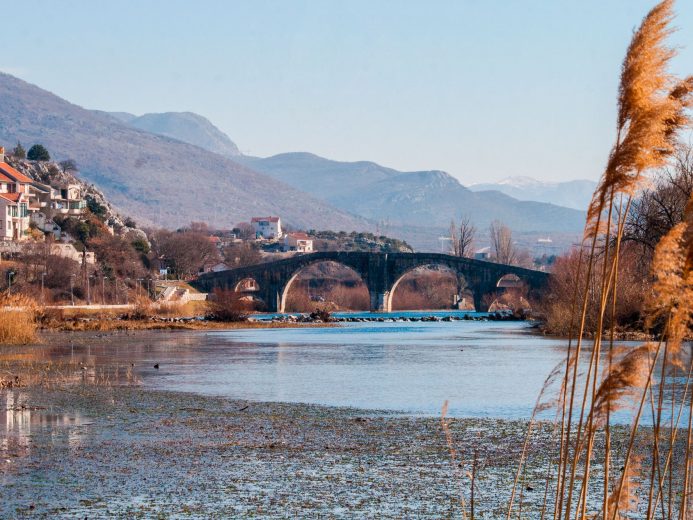 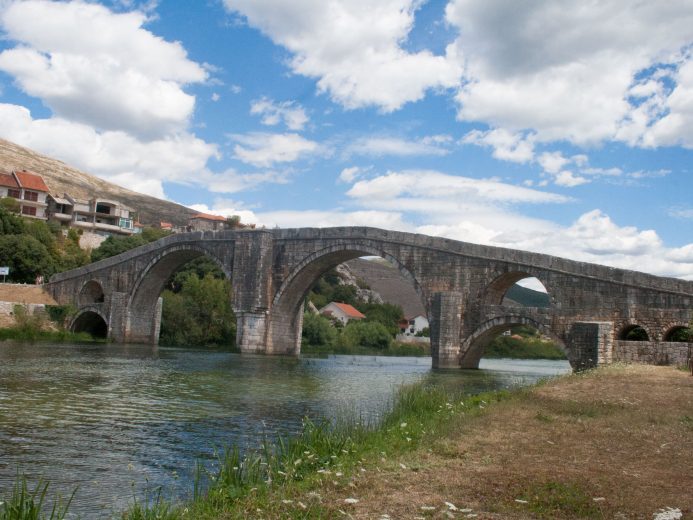 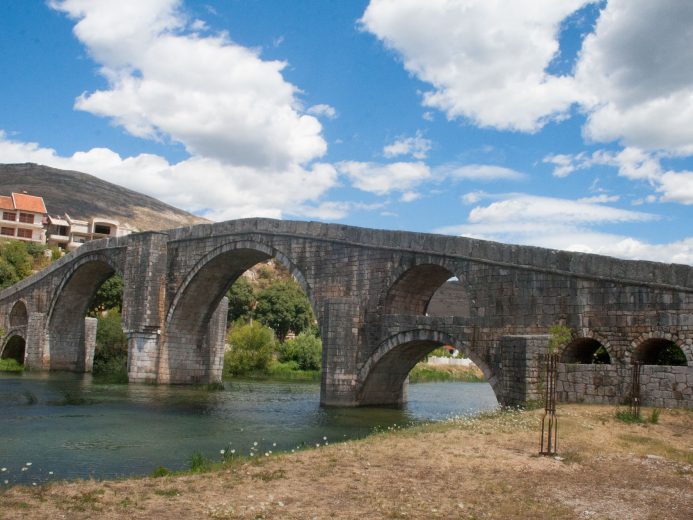 Perović (Arslanagić) bridge is the most famous monument from the Ottoman period in Trebinje and has a very important place in Balkan architecture of 16th century. Mehmed-Pasha Sokolović built the bridge 1574 in honor to his son who was killed in the battle with Venice. When Turks got pushed away from Herceg Novi in 1687, many Turkish families moved from this town to Trebinje. A certain individual named Arslan-aga was among them. He was given land east of Trebinje: Zupci, Necvijeće and Jasen, and was also put in charge of collecting fee people had to pay to cross this bridge. Since that, this bridge was named after him – Arslanagić (Arslan-aga) bridge. With the construction of hydropower system on Trebišnjica in 1965 the bridge got submerged under the newly created reservoir lake. However, in 1966 the Institute for Protection of Cultural Monuments requested the bridge to be moved upstream to the new location – between Gradina (right river bank) and Police (left). 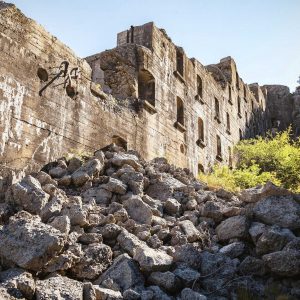 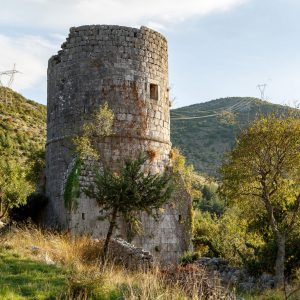 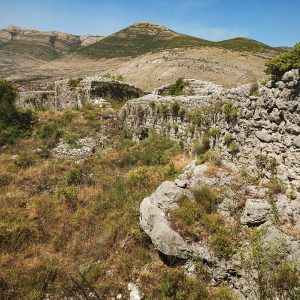 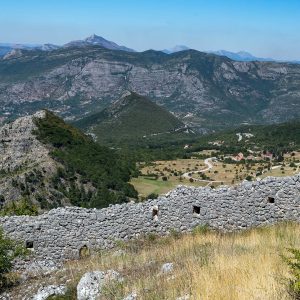