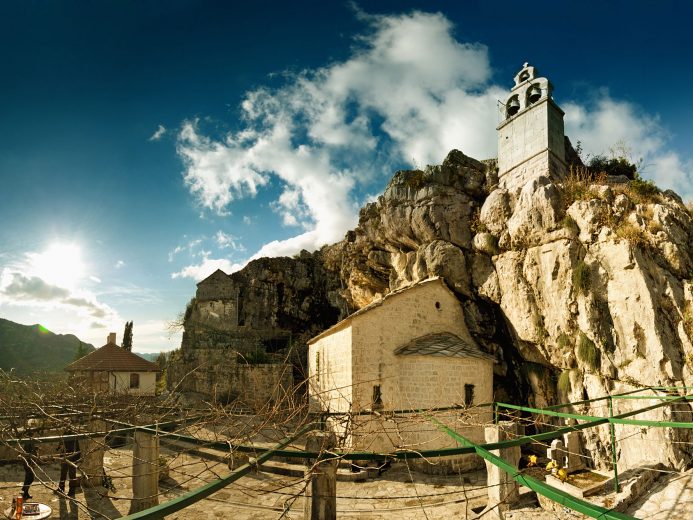 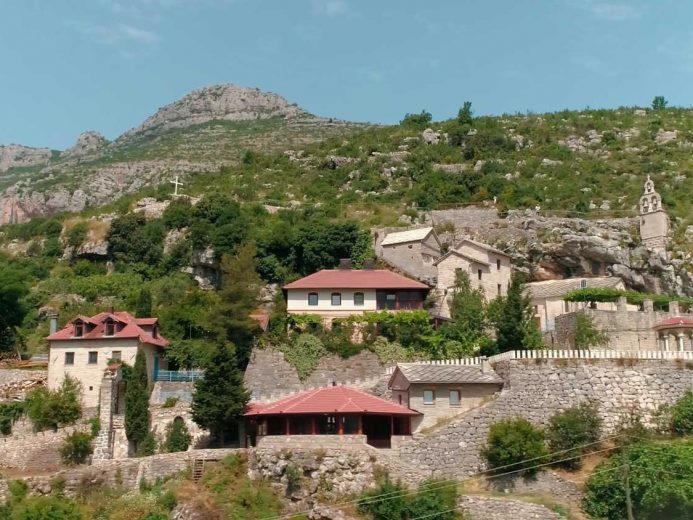 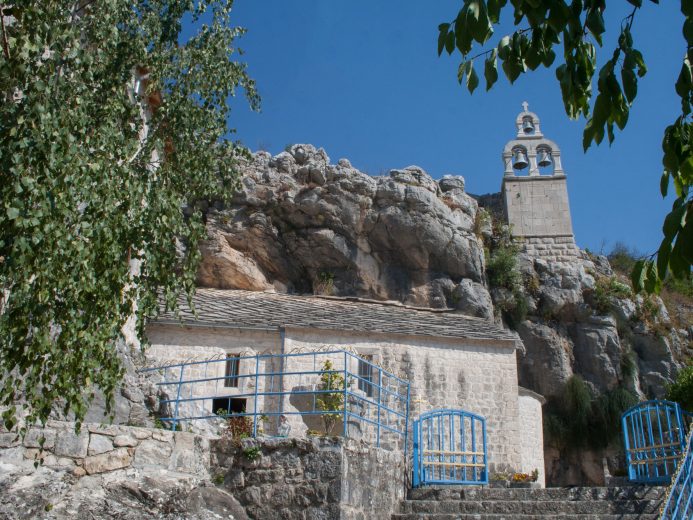 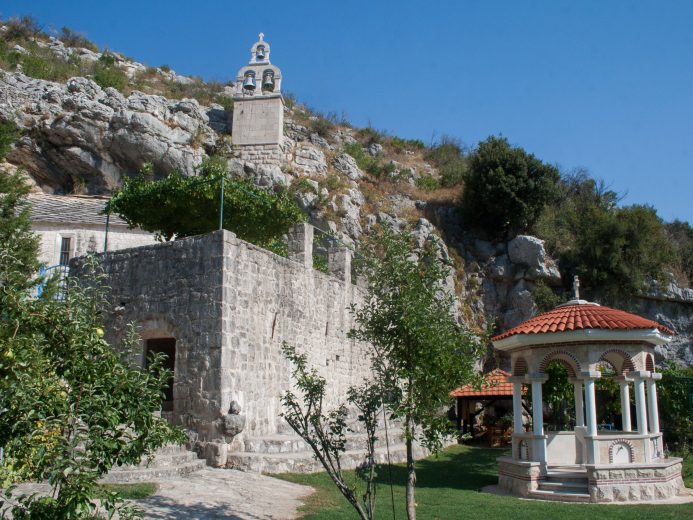 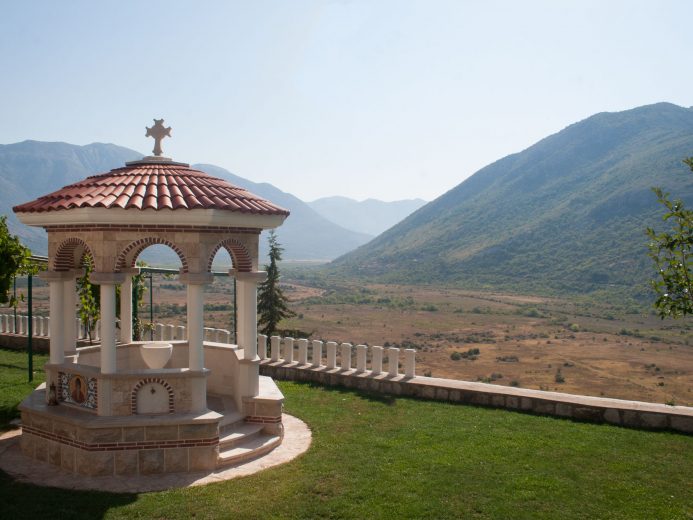 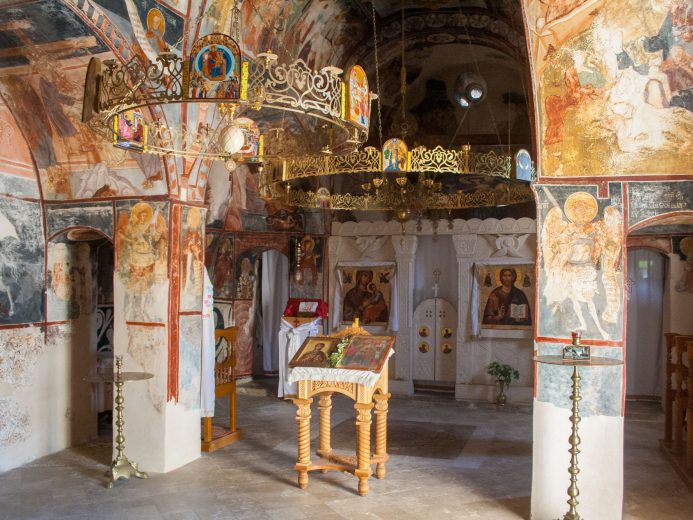 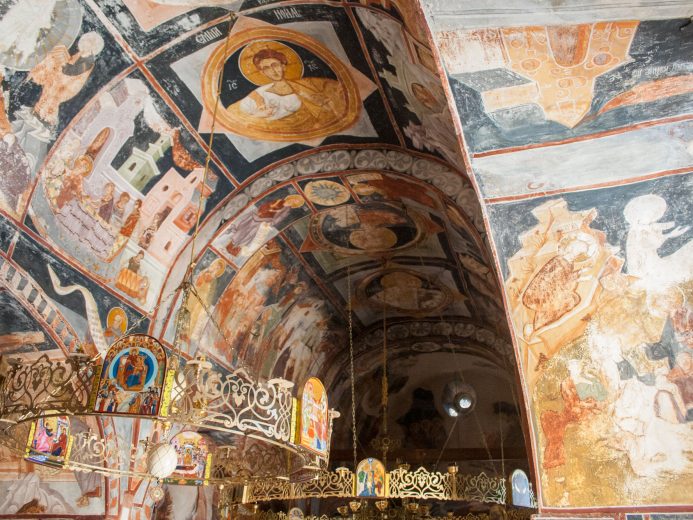 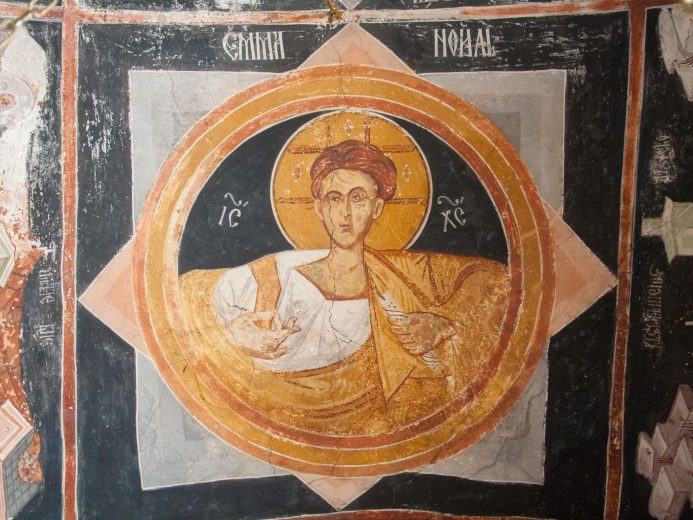 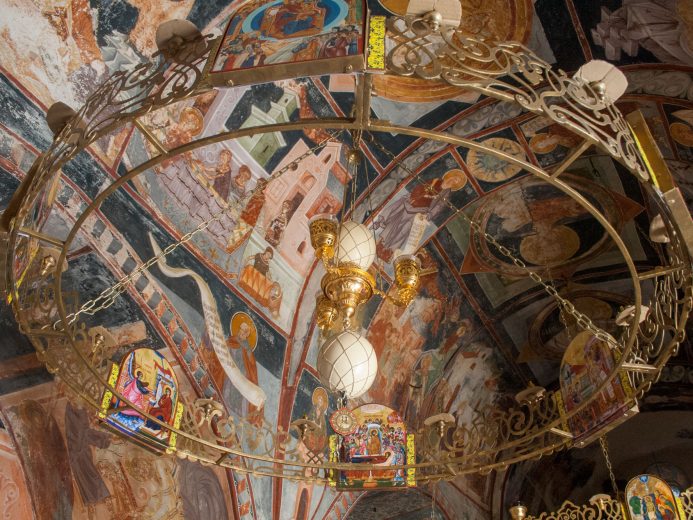 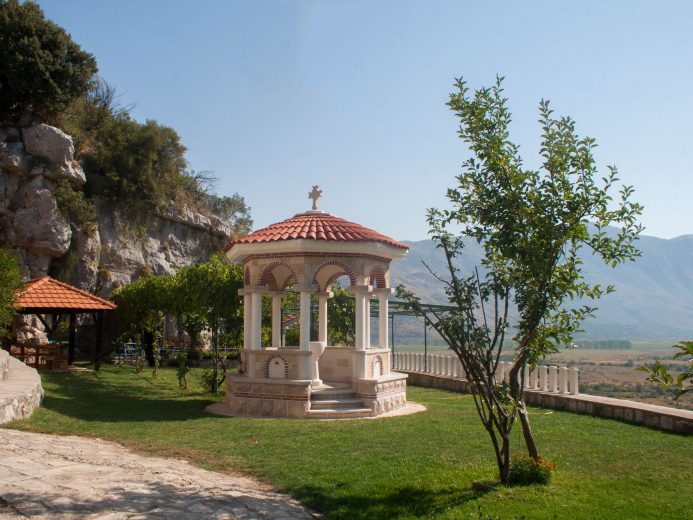 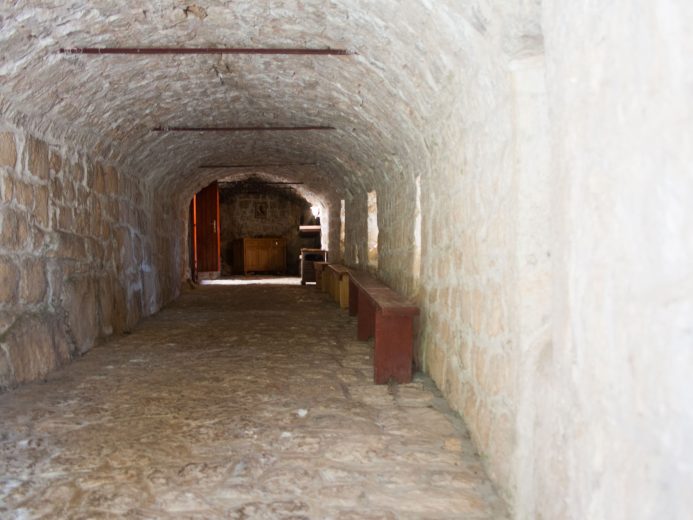 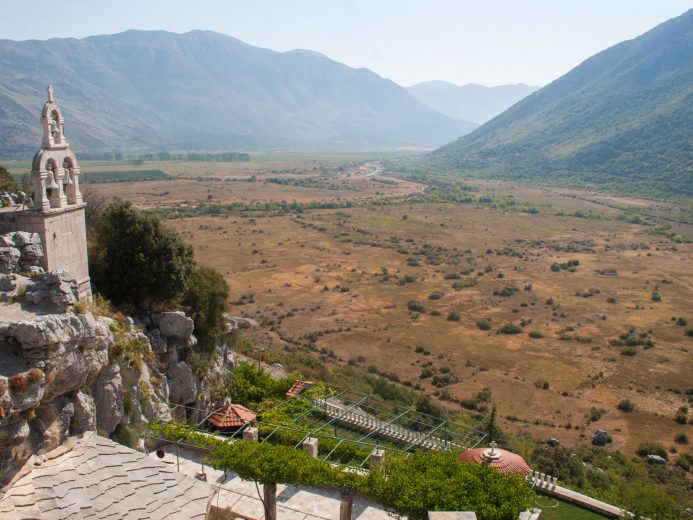 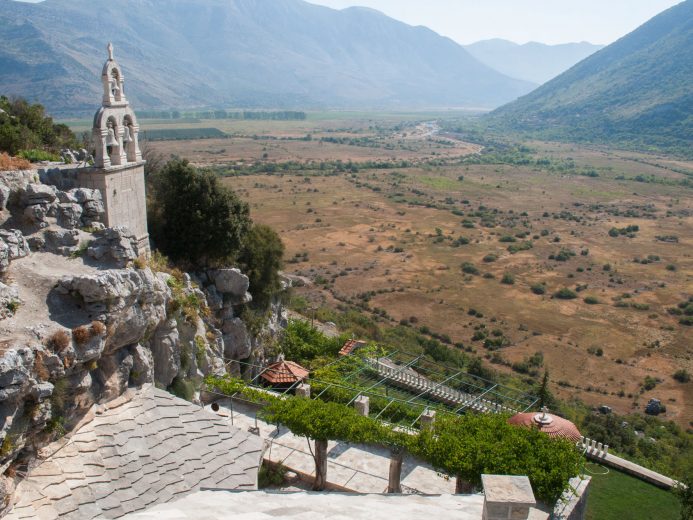 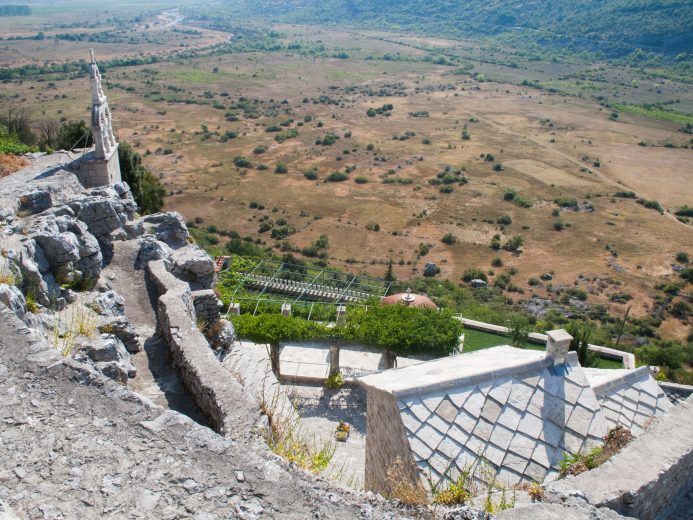 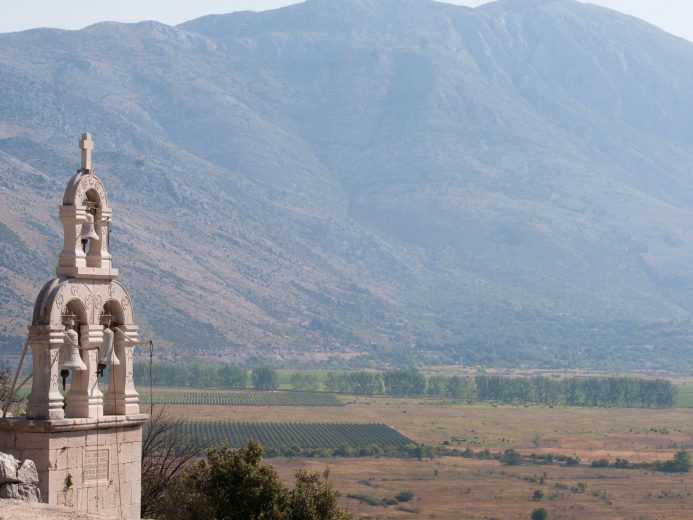 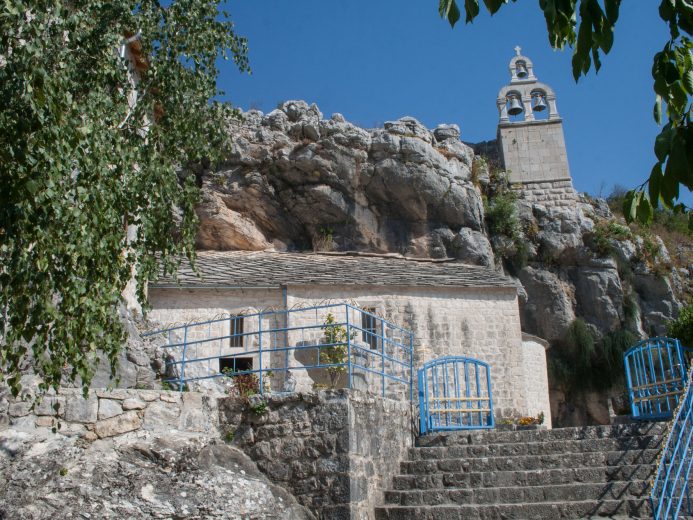 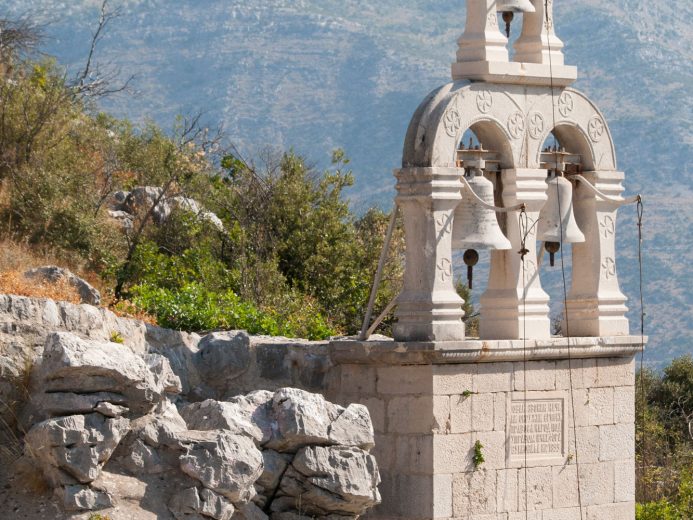 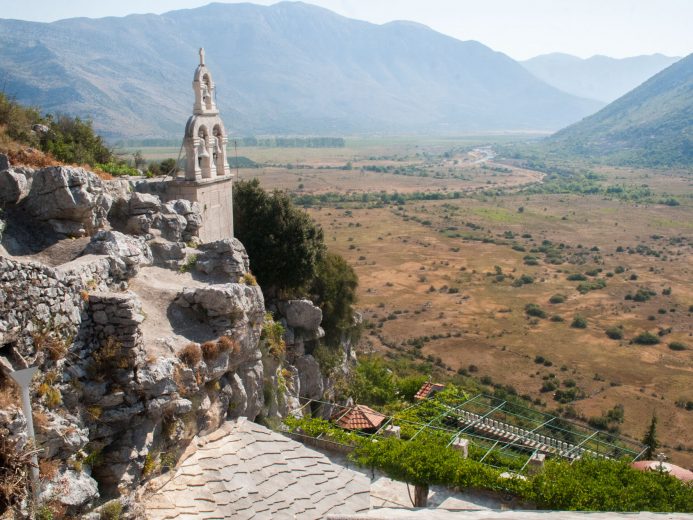 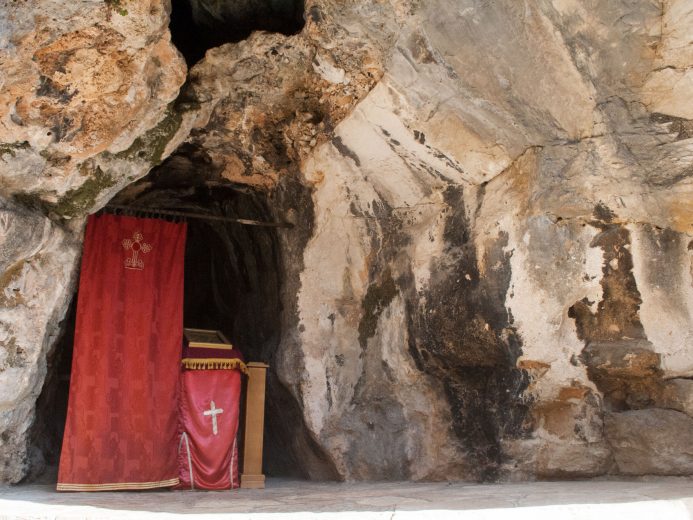 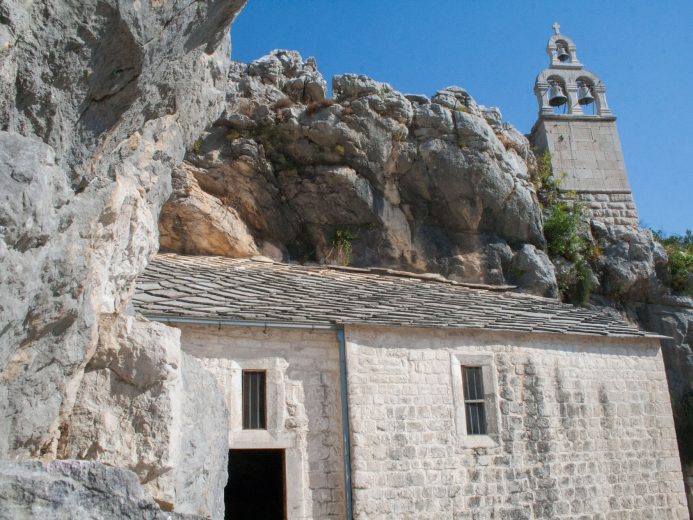 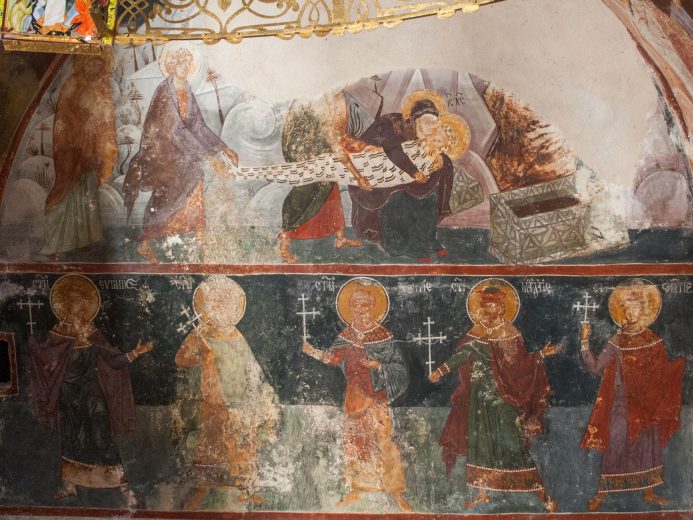 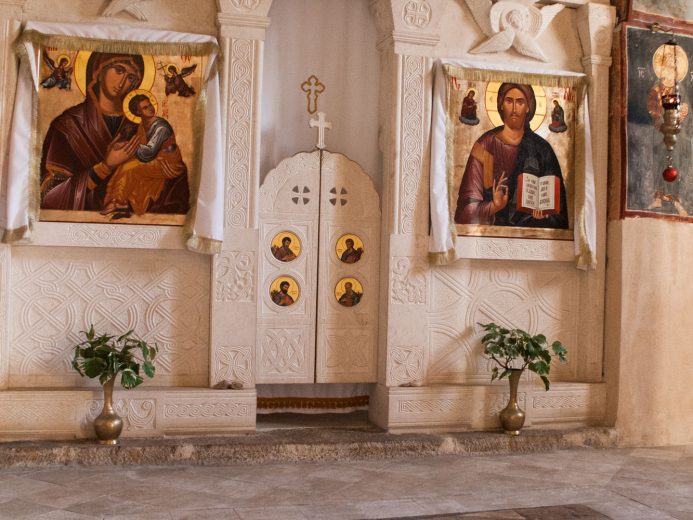 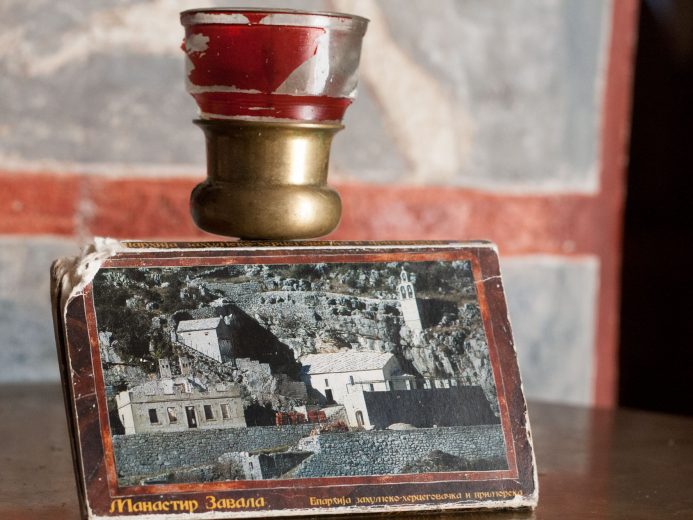 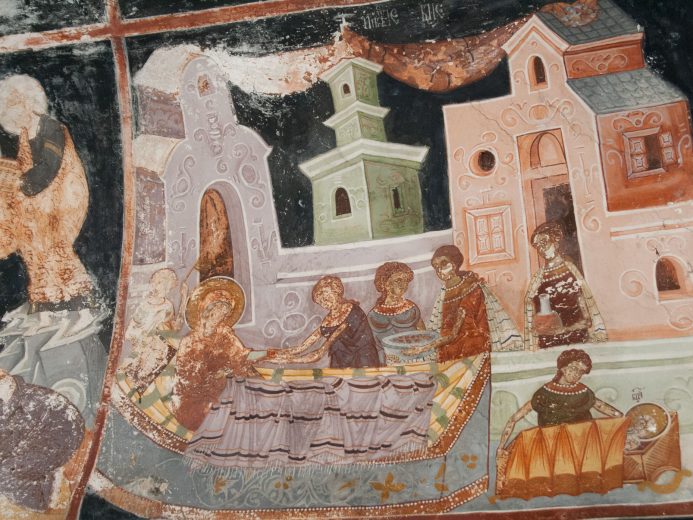 Monastery Zavala is on the edge of Popovo polje, under Ostrog mountain. There are no reliable sources about its construction date. According to tradition, church of Presentation of the Blessed Virgin Mary came into being during the first Christian Roman emperor Constantine the Great, who built a church in Slano and arrived to Zavala, where he saw that local people were religious and decided to build a church there.

The oldest written record is from 1514. It is a certificate of a vineyard sell to Seraphion, the abbot of the monastery.

This monastery has a specific position, so the architectural style is matching. It gives the impression of an ascetic monk home. The church is covered by a cliff from the north side which is also the base for its north wall.

The interior of the church was painted with frescoes in 1619 by a great Serbian painter from the 17th century named Gregorije Mitrofanović, who was also a monk in Hilandar monastery. A special place in the church is taken by icon of Emanuel (Jesus as a boy), painted under church’s dome.

St. Vasilije of Ostrog was also a monk in this monastery. He was born in a nearby village Mrkonjići, where a church was built in his honor. 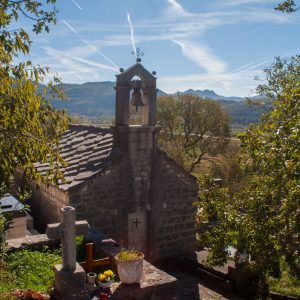 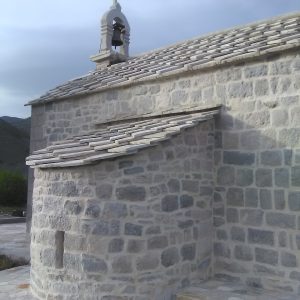 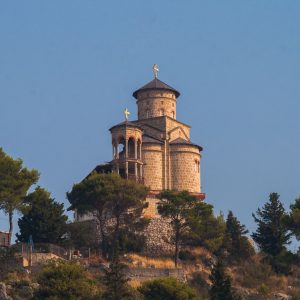